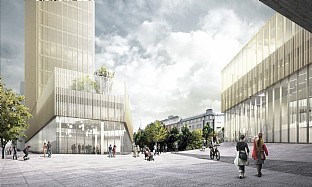 The Swedish town of Örebro, which lies between Stockholm and Gothenburg, is a regional and commercial traffic nerve centre. 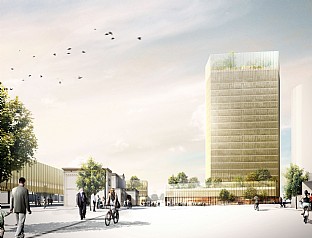 The town has excellent motorway and rail connections to both major cities and the rest of the country. However, the town centre suffers from a lack of infrastructural clarity. It has a tangle of roads and rail tracks causing noise pollution and splitting the city in two. C.F. Møller's proposals will simplify the traffic net and eliminate the split, creating a new main street to unite the two districts. The new main street will stretch from Örebro Resecentrum, which will become a new traffic centre.

To create safe conditions for pedestrians and cyclists, the new main street will be a green urban thoroughfare. Apartment buildings, offices and public buildings will be built along the main street to create a vibrant and dynamic town centre. Örebro Resecentrum's old station building will be transformed into a café and restaurant to create an important meeting place. One road leading to the station will be converted into a plaza, which will extend in a gentle curve down under the rail tracks and over to the other side, where there will be paths and cycle tracks. To the north, it will be possible to build a high-rise building, e.g. with office space as well as hotel and conference facilities.