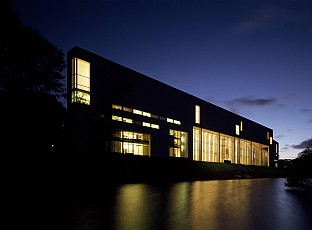 Situated in Copenhagen, The National Gallery of Denmark houses a wide collection of older as well as modern art pieces and is founded on collections amassed by Danish monarchs throughout history. 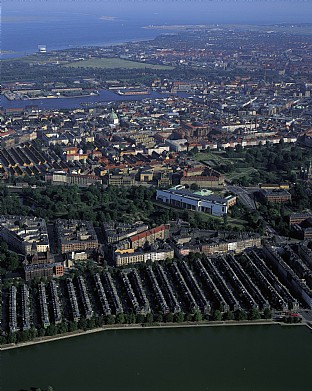 The museum found its current home in 1896 when it was moved to a monumental and historicist museum building by Danish architect Vilhelm Dahlerup. This extension of the museum from 1998 addresses the museums strong needs for further space, emerged as decades have passed.

At the very heart of the project is the connection of old and new; the extension of the museum is conceived from the vision to be neither superior nor secondary to the existing museum, but to transform it into a complete architectural work using a contemporary modernist form language.

The bright new museum wing runs parallel with the north side of the old museum where it opens the museum up to the Østre Anlæg park. The new wing draws in the light of through big sections of glass.

The building, which is strikingly different from Dahlerups, is not built directly together with the existing museum, but connected by a large, glass-roofed museum street where old meets new. On the 1st floor the old and new building are connected by gangways crossing the indoor public space of the museum street and connecting functions of both sides.

In addition to two new complete floors of showrooms, the new wing contains a new administration, storage space and a three storeys high “house within the house” with a new art museum for children.