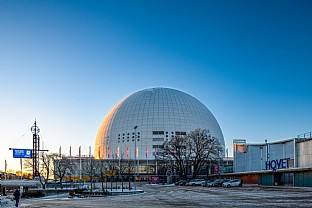 The Stockholm Globe Arena is an indoor multi-arena for up to 16,200 spectators. The arena a listed building and is the world's largest globe-shaped building. The Globe is being modernised to offer better event experiences and business opportunities. 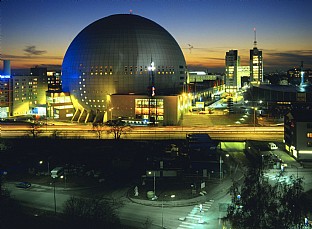 One of the world's best arenas

The Globe, officially Avicii Arena (formerly Ericsson Globe and Stockholm Globe Arena), was inaugurated in 1989, forms part of a complex which includes a hotel, an office block and a shopping centre. Besides The Globe itself, C.F. Møller Architects (formerly Berg Arkitektkontor, since 2007 a part of C.F. Møller Architects) also played a major role in the design of these surrounding buildings. The architectural work encompassed the idea concept, the establishment of a competition group, the competition proposal, the local plan, and the construction, decor and signage planning. The arena is regarded as one of the best in the world, and has created one of the most famous skyline silhouettes in Stockholm. With a diameter of 110 metres and a roof of 85 metres, the arena is the world's largest globe-shaped building.

In 2009 C.F. Møller designed a new attraction for the Globe: two glass gondolas lifting visitors up along the outside of the building, offering a splendid view of Stockholm and the start of the archipelago.