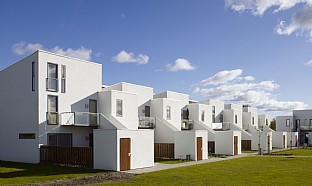 C.F. Møller Architects has drawn up a plan for a clustered housing complex covering the entire area of Duemosepark in Farum: a site in the eastern part of the municipality which provides a view across the fields to Stavnsholt. 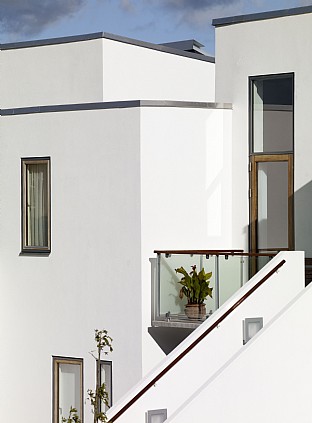 The plan is composed of three stages. The first two stages consist of 52 and 54 flats, respectively, grouped in units which open up towards a common green that reflects the rising terrain. The third stage, which has not yet been built, takes the form of a curving development of terraced houses which will conclude the green. A characteristic aspect of the development, which has been produced in both brick and white plaster, is the way in which the houses have been processed and integrated into the terrain, so that they project forth as a natural part of the landscape.