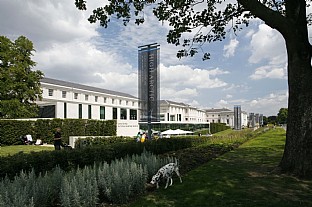 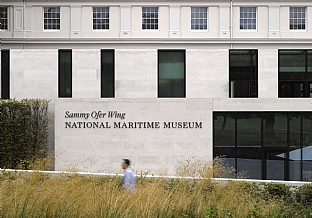 The project encompasses the creation of a new wing for the National Maritime Museum, named the Sammy Ofer Wing – after the international shipping magnate and philanthropist Sammy Ofer, who has funded most of the project. The aim has been to open up and reveal for everyone the fascinating stories of people and the sea.

The main idea of the extension has been to ensure minimal interventions in this sensitive historic site and yet give the museum a new, distinctive main entrance and the necessary additional exhibition space, as well as a new café, restaurant, library and archives that meet the particular demands for storage of historical documents.

The design solution creates a new main entrance emerging from the terrain. Most of the new building, however, is located underground. The roof of the new wing is a green, public landscaped terrace overlooking the Park, accessed at all levels by gentle ramps, even more so causing the building to blend with the park landscape. The extension has a contemporary aesthetic, but is inspired by the Baroque buildings’ rhythmic sequence of windows, and the profile of the new extension has been kept low to allow the Grade I listed Victorian facade of the existing south west wing of the museum to be appreciated as a backdrop to the striking new building.