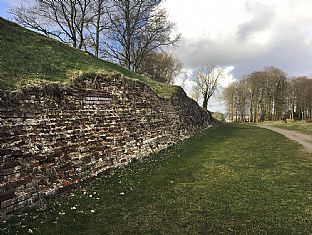 C.F. Møller Architects has won the contract to develop a new landscape concept for the Unesco World Heritage Site Hedeby and Danevirke in Schleswig-Holstein. 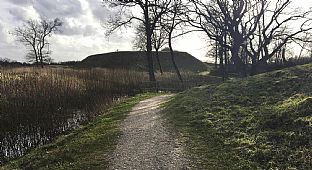 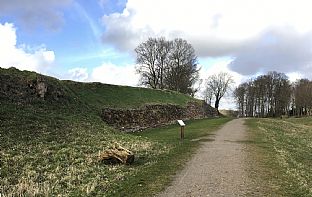 The historic Danevirke fortification is considered to be the largest archaeological monument in Northern Europe. In 2018, it was added to the UNESCO World Heritage List together with Hedeby. Increasing visitor numbers and the associated need for better information and orientation, as well as new accesses and recreational areas have led the municipality of Dannewerk to commission a new landscape and urban space concept for the monument and its surroundings, a task that C.F. Møller Architects won.

Preservation and accessibility
The Danewerk consists of a combination of earthen walls, brick fortifications and wetlands that run through the entire former Danish part of southern Schleswig in what is now Schleswig-Holstein. The central main wall at the Danewerk Museum attracts most visitors, with important attractions like the 12th century brick Valdemar-wall, the Gateway to the North and a reconstructed artillery rampart from the Schleswig Wars.

The task was preceded by extensive preparatory work, for which the community of Dannewerk was responsible in cooperation with the World Heritage Office in the State Archaeological Office, the Schleswig-Flensburg district, the Sydslesvigsk Forening and the Amt Haddeby. As part of the preparations, the need for development of new visitor experiences and improved protection of the monument were identified as key objectives. For this purpose, attractive paths along and across the ramparts as well as circular paths with information points and inviting recreational areas are to be created. At the same time, accessibility and mobility connections must be improved and the general importance of the landscape area as a nature reserve reinforced.

C.F. Møller's task will therefore be to develop a comprehensive landscape design concept for the central area around the main wall, the Kograben, the north wall and the Krummwall. Parts of the ancient trackway Ochsenweg, historical castle-sites and fortifications as well as the drained former Dannewerk lake are also located here.

The landscape concept is intended to show strategies and solutions that unite the functional and protective aspects into an overall vision, combine the village, monument and landscape to form a new park environment and in this way open up new ecological perspectives and experiences for residents and visitors.

“It is a great honour for us to receive this commission and be trusted to preserve the important cultural heritage and at the same time further develop the area and open it up for larger number of visitors in the future,” explains Julian Weyer, architect and partner of CF Møller Architects.

Growing order portfolio in Germany
For C.F. Møller Architects, this project joins several other ongoing commissions in Germany. The company opened an office in Berlin in 2019. In September it was officially announced that C.F. Møller won the competition for the expansion of the Federal Ministry of the Environment in Berlin with a sustainable timber construction. The Scandinavian architecture firm had previously won a competition for the new corporate headquarters of Berlin Hyp Bank, an innovative and sustainable building that matches the bank's profile. In addition, the company is currently working on projects in Germany in the areas of masterplanning, healthcare, residential and office buildings.