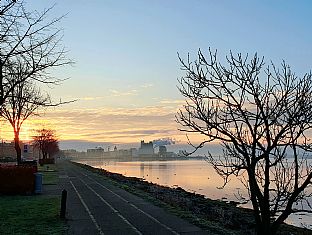 C.F. Møller Architects will create a comprehensive planning proposal to turn Nykøbing Falster’s current commercial port into an exciting new quarter with homes, a hotel, restaurants and lots of activities for residents and visitors. 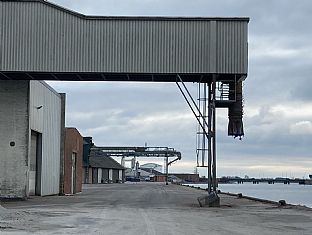 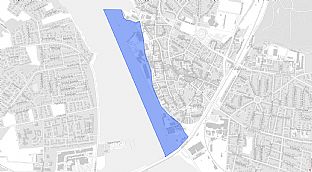 The proposed port plan is to be completed by the end of August, after which the municipal council and residents will hold consultations regarding the proposal.

C. F. Møller Architects will be spearheading the overall plan for the area. A brand new port district in Nykøbing Falster is to be developed, including a promenade, which will sit alongside cultural institutions, a hotel, café and a mixed residential area.

C.F. Møller Architects is one of Scandinavia's leading firms of architects, and have been chosen by the port’s steering committee from among five prominent firms of architects. At the end of August, they will present their proposal for how the port area can be developed over the next 10-15 years on the basis of Nykøbing Falster's distinct history and identity.

“The dream of an active port for residents and visitors has finally taken an important step forward. We’re not going to create a replica of another port town, but rather something specific to the unique location. This will develop and strengthen Nykøbing and the entire area and be a place that our residents will be able to use actively. It’s extremely important to start with a holistic approach that includes the entire town. In this way, developing the port is not an independent project, but part of something bigger. I’m really looking forward to discussing everything with our residents, so that together we can create an attractive port district,” says John Brædder, Mayor of Nykøbing Falster.

The port will be developed in harmony with the Slotsbryggen quarter and the town centre and will add new activities, new recreational areas and a new residential area. The focus is not on relocating activities and retail outlets, but creating new attractions, with synergy and continuity between the different districts, to support the town’s existing retail activities.

This is one of the specific strengths of C.F. Møller, which can draw on extensive experience from urban and port development projects.

“Our preferred way of working is a combined approach to architecture, landscape and urban environment. We see this as a special opportunity to combine the unique aspects of the medieval town with the green and blue landscape,” says Julian Weyer, architect and partner at C.F. Møller Architects.

C.F. Møller's plan for the area will cover the entire existing commercial port, in particular 1.4 kilometres of Nykøbing’s most central quayside towards the Guldborg Sound. The plan will be submitted at the end of August, when the political steering committee (the municipal finance committee) and the municipal council will initially consider the plan before the entire plan is subject to public consultation during the autumn. Based on input from residents and businesses, the finance committee and municipal council will decide on the final master plan for the port of Nykøbing F.

“The museum will be relocated in the port area, as a key element of the ongoing development. I’m really pleased that the level of ambition is so high, with key focus on the important cultural aspects of Guldborgsund,” says Ulla Schaltz, Director of Museum Lolland-Falster.

The development will take place over 10-15 years and the DKK 100 million that Guldborgsund Municipality has already allocated to the project will not be sufficient. Investors willing to contribute positively to the area's development, who can see the business potential of the new district, will be vital to the achievement of the project.

Pop-up outdoor area in early June
From the start of June, there will already be changes at the port. An attractive outdoor area will be created, with furniture to sit in or climb on, decorative lighting and a small café in the area close to the port office. The museum will stage an exhibition in the area and there will hopefully also be a wakeboard course, although the association behind it is still working to achieve the necessary financial basis and regulatory approvals.

The pop-up venture will be temporary, as a way of testing how residents will use the area. By inviting everyone into the port, the pop-up area will generate lively activity until the actual transformation of the port begins.