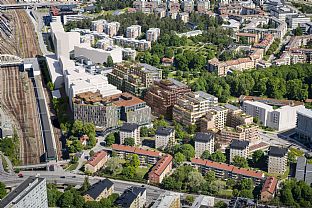 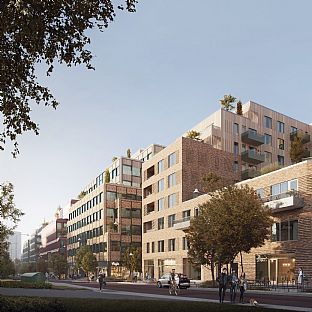 C.F. Møller Architects, together with the real estate company Fabege and the City of Solna, has developed a zoning plan for offices and housing in Arenastaden in central Solna, Stockholm with the aim of creating an attractive, sustainable and vibrant urban environment. 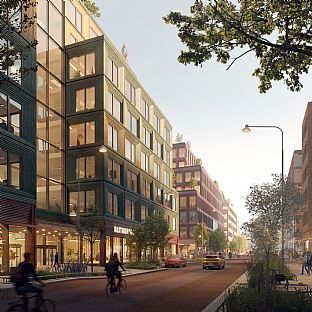 Solna Station in Stockholm, Sweden is an important public transport node in the city, a hub that will be developed with the future metro and regional train station. The area, located just east of Solna station between Gårdsvägen and Kolonnvägen, is undergoing major development, including the creation of new workplaces and housing. With its central location and attractive setting, the project is an important piece of the puzzle in the development of Arenastaden.

The new area, which is part of the Stigbygeln and Tömmen neighbourhoods, is being developed into a more vibrant and sustainable urban environment that includes a mix of offices and housing while solving today's major rainfall problems. Along Gårdsvägen, life and urbanity will be created through service and retail facilities on the ground floors. The street environment will be designed for cyclists and will be Solna's first so-called 'bicycle street'. Traffic speeds will be reduced by narrowing the lanes and there will be room for greenery and wide footpaths. 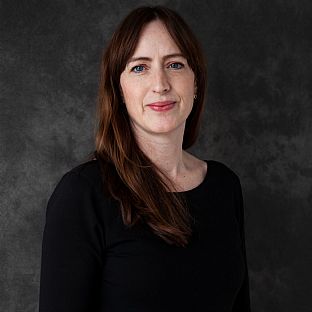 "The collaboration with Fabege and the City of Solna has been a fast and fruitful process; in a year we have made it to the consultation stage. We have worked intensively to reduce the large scale of the buildings, especially towards Gårdsvägen, in order to create an attractive, bright and vibrant urban environment. Great emphasis has been placed on creating variety at both large and small scale with functional, well-designed volumes, attractive basement floors and detailed facades. We look forward to continuing this collaboration", says Sara Nilsson, architect at C.F. Møller Architects. 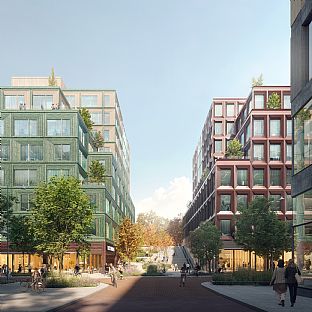 Three new office buildings and a residential building are proposed, creating an interesting meeting between the old and new Solna. The four new buildings will have a varied expression in the facade through materials, colour and structure. At the same time, there are recurring elements such as the tall, glazed ground floors and terracing that lets in natural light, together with generous roof terraces.

The neighbourhood structure is defined by alleyways that connect Kolonnvägen and Gårdsvägen and provide space for functions such as garage entrances, waste management and emergency evacuation routes. The so-called Trapptorget (Staircase Square) is characterised by a large, generous staircase with greenery and integrated seating. The square becomes a place to pause and improves the movement from Solna station through the area. 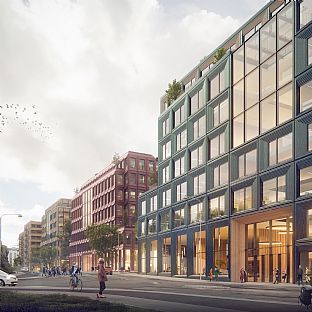 In order to meet future demands for a sustainable urban environment, the zoning plan is adapted to a timber frame for all buildings. The plan's sustainability objectives are characterised by an advanced stormwater management system and ambitious rainwater reuse plans, which reduce water consumption inside the buildings. Transport to and from the site is reduced through an innovative and sustainable logistics network that coordinates deliveries and waste management. Transport is provided only by small electric vehicles, resulting in a cleaner, safer and people-centric area. 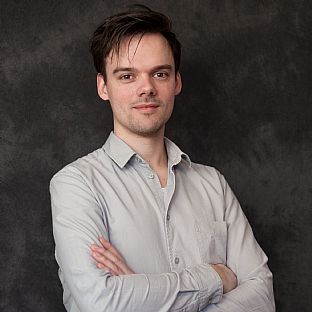 "Early in the process, the idea was established that Gårdsvägen should be developed into a green and pleasant urban street. In particular, the street should not only be a place for movement to and from the office and one's home, but should be a place to pause and be used by those who work and live there. Given the current prioritisation of traffic types, stormwater challenges where soil flooding is common, future development and in particular with this high flow of traffic and large parking requirements, there were significant demands on the street environment. I am particularly proud that together with the City of Solna, Fabege and consultants we have managed to keep this vision alive and have prioritised creating space for greenery, pedestrians and cyclists," concludes Jelmar Brouwer, head of the landscape department at C.F Møller Architects Sweden.