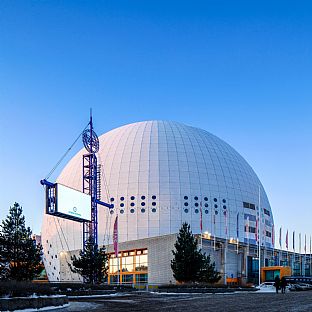 C.F. Møller Architects has been commissioned to provide architectural services for the development of SGAF's property portfolio over the next four years. The Stockholm Globe Arena is now being modernised to offer better event experiences and business opportunities. 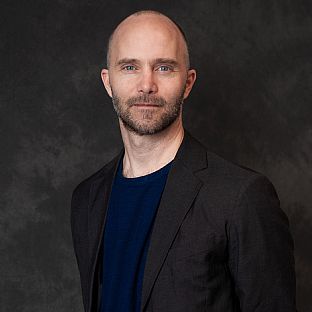 The main mission of the real estate company SGA Fastigheter, owned by the City of Stockholm, is to own, manage and develop the stadiums in area around the Stockholm Globe arena, which include Tele2 Arena and The Globe (currently Avicii Arena), as well as SkyView, Hovet, Annexet and the entertainment destination Tolv Stockholm. In addition, SGAF owns land that is earmarked for development over the next ten years for housing, offices and retail, among other things. The framework agreement includes design assignments aimed at developing and enhancing SGAF's property portfolio, the design of conversion and construction projects, and advisory services for property-related tasks.

“To once again be entrusted with the task of helping to develop this part of Stockholm as an adviser and architect is something we are both proud of and see as an extremely important assignment. Sports and events will play a major role in our future societies and require a high focus in the aftermath of a pandemic”, says Mårten Leringe, partner and architect at C.F. Møller Architects.

The biggest changes in the coming years will be the integration of the arena area into the new Slakthus area, which is one of Stockholm's largest development projects, and maintenance work on The Globe. Annexet and The Globe will be rebuilt and together with Tele2 Arena, Stockholm will have a modern and competitive arena for all types of indoor and outdoor events in music, sports and culture. 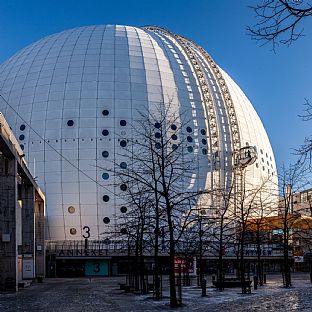 The Globe transformed into a modern arena

The Globe was inaugurated in 1989 and was designed by Berg Arkitektkontor, which has been part of C.F. Møller Architects since 2007. With a diameter of 110 metres and a roof of 85 metres, the arena is the world's largest globe-shaped building and today is also a listed building. It has hosted both ice hockey finals and the Eurovision Song Contest, and the record for attendance is held by Metallica, who had 16,531 concertgoers in 2009.

In addition to The Globe, C.F. Møller is also the architect behind Friends Arena in Stockholm, Parken in Copenhagen, Bislett Stadion in Oslo, Eleda Stadium in Malmö and Randers Stadium in Denmark. The latter two are smaller football stadiums that focus on the football experience.

Stockholm Globe Arena Fastigheter AB (SGA Fastigheter), owned by the City of Stockholm, is a real estate company responsible for the management of Tele2 Arena, The Globe (Aviici Arena) as well as SkyView, Annexet and Hovet, among others. The company also owns the entertainment destination Tolv Stockholm and land in The Globe area.

HOK is a global design, architecture, engineering and planning firm, with 1,600 people collaborating across a network of 24 offices on three continents. HOK designs buildings and spaces that respond to the needs of people and the environment. Their designers are rooted in technical excellence, driven by imagination and focused on a solitary goal: to deliver solutions that inspire clients and communities.