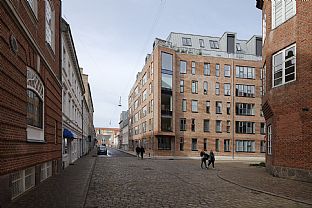 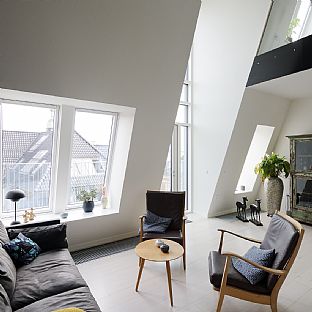 C.F. Møller Architects has been awarded by the Municipality of Aalborg for Teatergården, a new building in the city centre that mixes private penthouse apartments with social housing.

The new development called Teatergården for Himmerland Boligforening (Himmerland Housing Association) and Ejendomsmæglernes Fond (Real Estate Agent’s Fund) is located in Sankelmarksgade on a corner where there used to be a drab-looking parking lot in the centre of Aalborg, Denmark. The building is adapted to the architectural characteristics of the area but yet stands out as a corner building with a distinctive look that reflects the building's variety of apartment types.

According to Aalborg Municipality, this work has been so successful that the municipality is awarding a prize for the building on Architecture Day in Aalborg, October 15, at the museum Kunsten in Aalborg. 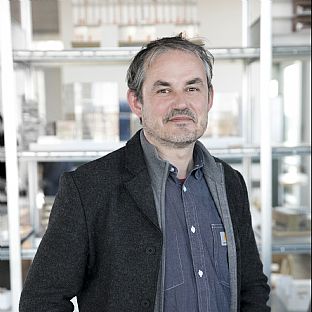 - We are happy and proud to be awarded for this work and send at the same time a big thank you to the Ejendomsmæglernes Fond, but especially Himmerland Boligforening for choosing us for the task and adding another building to our year-long collaboration to create quality social housing with a focus on well-being for the citizens in Aalborg, says Søren Tortzen, who heads C.F. Møller Architects in Aalborg. 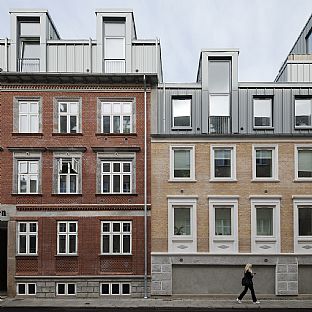 The result of unusual collaboration
Teatergården is located in the city centre, which the locals consider to be Aalborg's 'cradle' and it is the result of a somewhat unusual pairing between Himmerland Boligforening and the Ejendomsmæglernes Fond. The parties shared ownership of a car park at the corner of Sankelmarksgade and Bleggårdsgangen and joined forces to develop the new building, which contains 48 apartments and 4 penthouses in a mix of social and owner-occupied housing, while Himmerland Boligforening had an adjacent building renovated and modernized at the same time.

Teatergården is thus built as a single building, but it is visually divided into townhouse facades. The building therefore continues the structure that characterises the varied street scene in Sankelmarksgade.

The main architectural feature of the building is a unifying roof structure that "stitches together" Teatergården with the surrounding buildings, creating a building that both blends into its surroundings and appears as a contemporary and modern building. This can be seen in the form of the 'roofscape', a reinterpretation of Aalborg's central street Boulevarden's distinctive high mansard roofs, and the use of brick to match the area's other buildings. 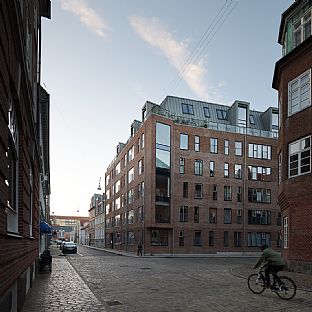 - Teatergården shows how new and old can be placed side by side - and how design and choice of materials play a major role when a new building has to fit into an existing quarter. Especially the renovation of the old facades, the architecture of the new building and the choice of bricks make this project something special, it is stated in the motivation behind the award from the Municipality of Aalborg. 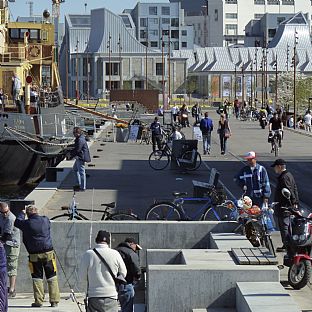 Previously awarded in Aalborg
C.F. Møller Architects has previously been awarded by the Municipality of Aalborg for the work on the housing estates Sundparken and Magisterparken, both of which have been modernised and renovated, ensuring a more varied mix of residents than before, and Aalborg Waterfront, which has put Aalborg on the global map while creating a whole new local life at the port of Aalborg, which is now also connected to the city centre.