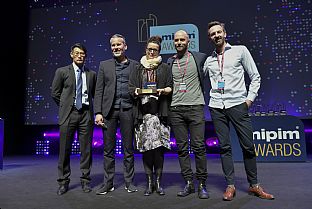 C.F. Møller Architects have received a MIPIM Award and commendation for two British projects at this year’s MIPIM Awards in Cannes. 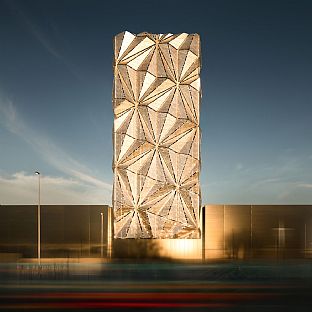 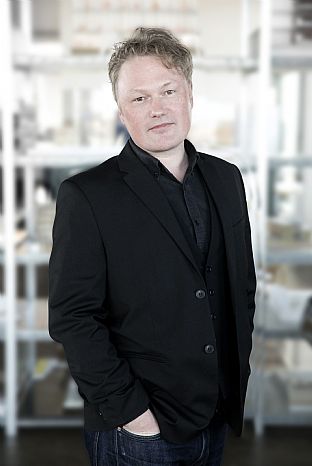 Two projects from C.F. Møller were finalists at this year’s MIPIM Awards in Cannes and both leave France with success. The Greenwich Peninsula Low Carbon Energy Centre in London won a MIPIM Award in the category ‘Best Industrial & Logistics Development’ at the award ceremony in Cannes Thursday evening. The residential Golden Mede project received a commendation the day before in the award series Architectural Review MIPIM Future Project Awards.

Rolf Nielsen, Associate Partner at C.F. Møller in London, said:
“We are honoured to yet again receive this prestigious award. It has been a great privilege for our practice to work on this important gateway project for the Greenwich Peninsula. A project that both encapsulates the ambitious goal of providing sustainable energy for a new part of London, but also is a homage to the rich English heritage of outstanding civic infrastructure.

We want to thank our collaboration partners, especially our clients Knight Dragon Developments and Pinnacle Power, and the amazing artist Conrad Shawcross for helping us realise this building’s potential”.

It is the second year in a row that C.F. Møller have received a MIPIM Award. In 2018, the practice received an award for the Maersk Tower, a research complex at the University of Copenhagen’s Faculty of Health and Medical Sciences, in the category ‘Best Healthcare Project’.

MIPIM is an annual real estate conference in Cannes.

Situated in a prominent location at the entrance to the peninsula, adjacent to the Blackwall Tunnel Approach, the building houses technically advanced boilers and combined heat & power plant that distribute heat energy via a District Heating Network (DHN) from the Energy Centre to each plot across the development.

Guided by a desire to demystify the process of energy generation, the machine room and flexible ancillary office accommodation is supplemented with a visitor centre that will offer an interactive educational experience for prearranged groups of visitors. The building footprint further allows for flexibility in adopting new energy technology over the building’s substantial lifetime.

The 49 meter tall flue enclosure is turned into a place-making statement for the gateway to the Peninsula. Designed by British artist Conrad Shawcross, the cladding for the structure is formed of hundreds of triangular panels that fold and flow across the surface of the tower forming complex geometric patterns that visually break up the flat planes to create an uneven, sculpted surface that plays with the vanishing points and perspective. At night, an integrated lighting design produces a shifting series of compositions lit from within the structure.

About Golden Mede, Waddesdon
C.F. Møller has designed two new residential housing areas in Waddesdon, a rural English village of 2,000 inhabitants, which is just over an hour's drive from London.

The focal point of the village is Waddesdon Manor, a stately home built in the Renaissance style by Baron Ferdinand de Rothschild between 1874 and 1885. Waddesdon Manor is the cornerstone of the Rothschild Foundation, which has a significant presence in the UK’s philanthropic landscape. The foundation is financing the rural development project, which includes the two new housing estates.
The design strategy of the project is to create a central park, to bring the natural environment into the heart of the new housing districts. Paths and lawns will invite other villagers to use the park.

The housing units are mostly two-storey terraced houses grouped in small clusters, which all face the common. Characteristic sloping roofs and stunning attic windows give these houses a special identity in the village, and the materials of the façades – tiles and light-coloured brickwork and timber – have obvious links to the traditional architectural style of Waddesdon.

The open gardens and terraces in front of the houses clearly reflect a desire to create residential housing that is more open than traditional English homes with enclosed gardens. To the rear of each unit there is access to a private patio (a garden which looks out onto the central park area). There is also special focus on keeping motorised traffic to a minimum within the residential areas. There are few access roads and no through traffic.