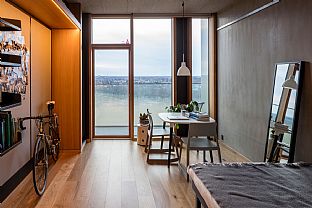 The new student housing project at The University of Southern Denmark in Odense, designed by C.F. Møller for the A.P. Møller Foundation, receives one of this year’s Civic Trust Awards. 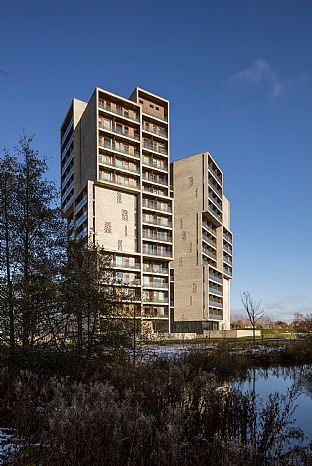 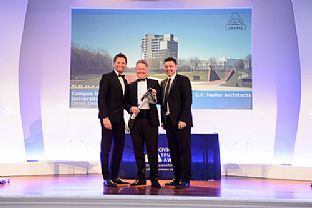 247 projects around the world were in line for this year’s prestigious Civic Trust Award. Twenty different projects that ‘make an outstanding contribution to the quality and appearance of the built environment’, and where ‘award level schemes demonstrate excellence in architecture or design, whilst being sustainable, accessible and provide a positive civic contribution’ received this year’s prizes.

The Campus Hall, designed by C.F. Møller and C.F. Møller Landscape, was completed at the end of 2015 and is the only European project outside the United Kingdom which will be awarded in 2017.

- The distinctive building shape makes it easily recognizable on the campus, and clearly advertises its distinct residential content, reads the motivation on why the jury behind the Civic Trust Awards has chosen to award C.F. Møller’s Campus Hall.

A strong community spirit
The design of the new student housing for the University of Southern Denmark in Odense is based on a strong community spirit. The 250 student residences are located in three interconnected 15-storey buildings. This means that the residence has no front or back, but appears attractive from a 360-degree perspective. The building's distinctive shape makes it easily recognizable on the campus.

- It is a great recognition for the work we, together with the developer, has completed, says Julian Weyer, project manager and partner at C.F. Møller

- The new Campus Hall is both traditional and innovative. It stands as an example of exciting architecture executed with a high level of quality. A building that will both inspire and influence its residents through the buildings high-level design and beautiful arrangement – which also reflects the values of the A. P. Møller Foundation, he elaborates.

C.F. Møller is behind a range of projects that have been awarded Civic Trust Awards through the years. Amongst these are the housing project in Athlete’s Village for the London 2012 Olympics, the National Maritime Museum, Hospice Djursland, Darwin Centre Phase II, Sogn & Fjordane Museum and Aalborg Waterfront.