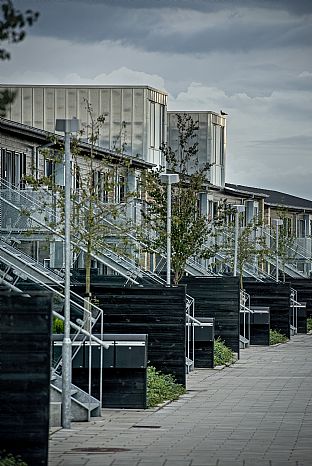 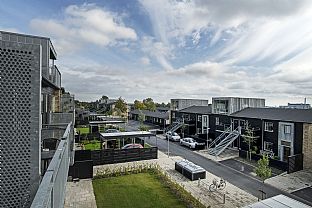 On behalf of social housing organisations, Domea.dk has entered into an agreement with five consultant teams within four different areas. The agreement includes C.F. Møller Architects, who won the framework agreement for renovation projects in western Denmark.
“When Domea.dk is to renovate and build new housing in the future, it will be with the help of some of the country's best consultants. We have chosen consultants with extensive experience in the construction of housing with a flair for building attractive, exciting homes within the budget we have available,” says Charlotte Nørbak, Construction Manager at Domea.dk and responsible for framework agreements.

The framework agreement runs for three years, with the possibility of an extension for one year.

Engaged in quality architecture
Over the years, C.F. Møller Architects have been strongly associated with the development of quality architecture for all through the involvement of Danish social housing associations, which has also resulted in a number of awards for such work. This includes renovation work and new-build for the Himmerland Housing Association, when renovation of Sundparken was voted Building of the Year 2015, and the following year was awarded the Architecture of Necessity award, and was finalist at the Civic Trust Awards. The new-build project of Henius House in Aalborg won the Concrete Element award an Utzon Statuette in 2015. C.F. Møller Architects’ new-build project of 84 homes at Sæby Strand was named Scandinavia's best residential building at the NBO Bostad Awards in 2014.

And in England, C.F. Møller Architects undertook a wide range of social housing projects for companies such as Swan Housing, L & Q and Peabody. These included Elmwood Court, Milkwood Road, Greenwich Peninsula Riverside Plot M0115 – The Moore and The Laindon Centre. The latter won a key award in September 2017 at the Housing Design Awards and the National Housing Awards in September 2017 in London. 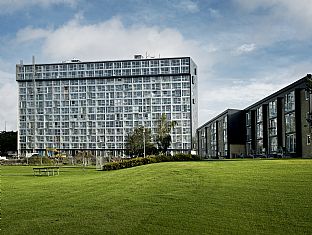