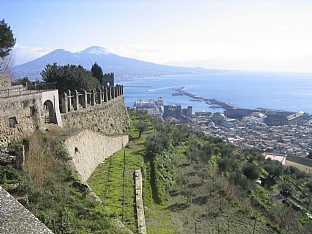 The San Martino museum in Naples is housed in a 700-year-old monastery which today provides a backdrop to the history of Naples, and offers a magnificent view across the city, the Mediterranean, and the volcano Vesuvius. 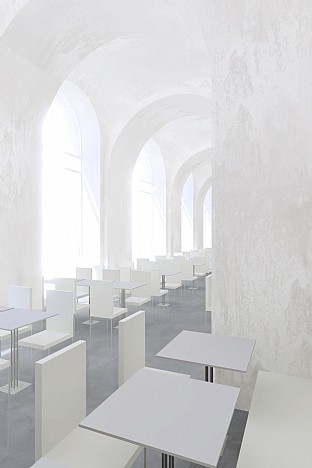 Ministero per i Beni Culturali (Ministry of Culture, Italy)

The lowest floor, with its original medieval walls and arches, had been vacant for some years, for which reason the Italian Ministry of Culture held an international competition for plans to renovate and refurbish the premises.

C.F. Møller Architects won the competition with an idea for a Gastronomic Academy, with a cooking school as its linchpin, which focuses on food as a cultural phenomenon in the Naples region.

In architectural terms, the project simplifies the formerly labyrinthine structure of the rooms in a gentle and discreet fashion which respects the original monastery from 1325. The special atmosphere of the premises is preserved through minimalist intervention and Scandinavian simplicity in interior design.